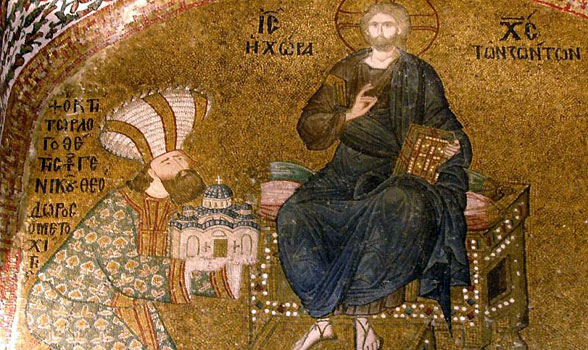 Theodore ordered the restoration of the church and its splendid mosaics and frescoes. He is dressed in his official robes with a turban-like hat called a skiadon (literally a sunshade). Theodore later fell from royal favour, was stripped of his wealth and thrown into prison. He was only released when his life was drawing to an end. He retired to this monastery, where he died on 13 March 1331
Photo © Dick Osseman.

Mary Receiving The Wool With

Church of the Monastery of Chora, Exterior View.