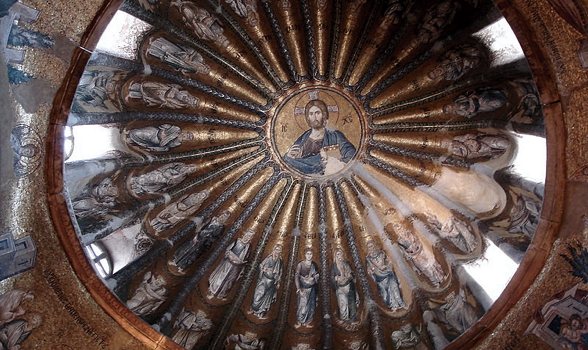 The Kariye Museum in Istanbul, Turkey is listed among the top 30 must-see museums in the world.

A recent article includes the Kariye Museum in Istanbul among the top 30 must-see museums in the world.
Patricia Schultz, author of the book, “1,000 Places to See Before You Die.” ranks The Kariye Museum in Istanbul alongside such internationally celebrated art museums as The Guggenheim Museum Bilbao in Bilbao, Spain; The Hermitage in St. Petersburg, Russia; Van Gogh Museum in Amsterdam; and The Museum of Modern Art in New York City.

The Kariye Museum also known as the Church of the Holy Savior in Chora, this often-overlooked museum began as a chapel or church built as early as the fifth century, after which it flourished as a mosque during the time of the Ottoman conquest of Istanbul.

Kariye Museum in Istanbul is, after Hagia Sophia, the most important Byzantine monument in Istanbul, Turkey. The interior of the building is covered with fine mosaics and frescoes.

After the Turkish conquest in 1453, the church remained as it is for a time, and was turned into a mosque in 1511 by addition of a minaret. Then it became a museum in 1948 and its frescoes and mosaics were cleaned.

The majority of the current building was built in the late 11th century with lots of repairs and restructuring in the following centuries. It was dedicated to Christ the Savior. The interior of the building is covered with wonderful mosaics and frescoes, illustrating scenes from the life of Christ and the Virgin Mary. Surprisingly few of the tourists that fill Hagia Sophia and the Blue Mosque visit Kariye.

Nearby you can find atmospheric cafes and historic Ottoman houses in the shadow of the city’s fifth century walls. The Kariye Museum, however, isn’t the only unique museum on the list. Among the 30 selected by Schultz are such unusual institutions as the National Archeological Museum in Naples, Italy, and The International Spy Museum in Washington, D.C.

Museum Pass Istanbul Cards are valid for Chora Museum too