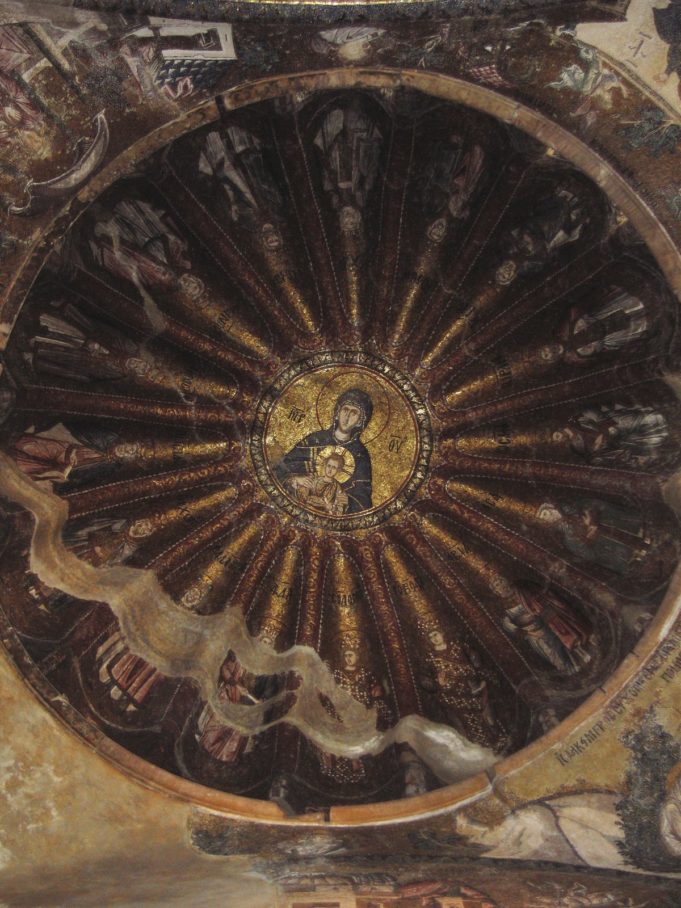 Many tourists begin to visit Turkey in April, and from then on you can bet that every month throughout the summer numbers will increase. Tourism season has begun. When my guests ask me what they should see in İstanbul. I always suggest that if they have time they must visit the Chora Museum. You may know the museum by its Turkish name, Kariye Müzesi. Kariye is the Turkish version of Chora, which was the Greek word for “countryside.” When you see where the church is situated today it takes some imagination to picture that at one time the location was countryside. 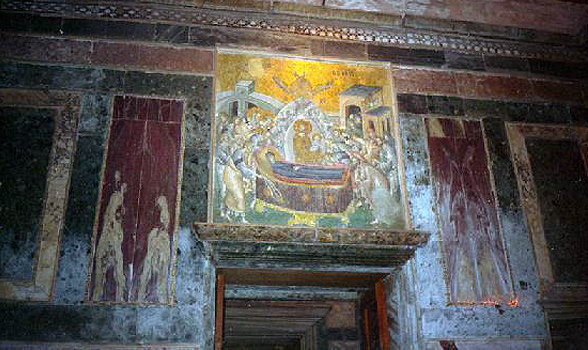 The magnificent Chora Museum is an old Byzantine church, situated just inside the city walls at Edirnekapı. It is unparalleled in Turkey, and some would claim the world, for its beautiful frescos and mosaics. Although it is a bit off the routine tourist path, it is well worth the visit if you have time and enjoy mosaics and frescoes. One of the leading frescos is the Anastasis fresco in the side chapel of the church. I wonder what you think of when you hear the word anastasios, “resurrection” in Koine Greek, the language of the New Testament. Easter Sunday this year is on April 24, the day when Christians remember Christ’s resurrection from the dead and many children enjoy Easter egg hunts. It is said that the word anastasios is related to the name of Grand Duchess Anastasia Nikolaevna, the daughter of the last tsar of Russia, Tsar Nicholas II. When the Bolsheviks executed Tsar Nicholas and his family on July 17, 1918 it was rumored that the 17-year-old survived. It is unclear how much of this is fact, it could be just the wishful thinking of royalist supporters as her name means “I will arise.” I leave it for you to judge. A brief summary of Byzantine history: In the days of Byzantine Emperor Constantine, when the monastery the church was attached to was built this was the country area outside of the city walls. Emperor Theodosius in A.D. 413 built his walls a little further out, but the name, meaning countryside, stuck. During the reign of Justinian the monastery was devastated by an earthquake and was rebuilt as a basilica. It was restored again in 843. Considerable rebuilding and redecoration were carried out in the 11th century; Alexios Komnenos, who sponsored this work, is immortalized in a mosaic, standing behind the Virgin Mary. Another 150 years later the structure was enlarged and decorated with complex and beautiful mosaics by Theodore Metochites. Everyone who has visited Chora has reported back how much they enjoyed the visit, the wonderful mosaics that tell the life of Christ in pictures and beautiful frescoes that illustrate Old Testament stories. One of the delights of the church is that it is on a much smaller scale than, say, the Aya Sofya. Most describe it as being intimate and cozy. The arched ceilings that are so vividly decorated are not 20 or 30 meters above your head, they are so near you can almost reach up and touch them. This enables the visitor to really appreciate the fine detail of the artistry. When the church was converted into a mosque after Constantinople fell to the Turks in 1453, thankfully, instead of destroying the wonderful artwork (that was held as blasphemous by Muslims as it depicted so many people) they just covered it up. So these wonderful pristine examples of Byzantine art lay dormant over the centuries until 1948, when the Byzantine Institute of America began the painstaking work of revealing and restoring these hidden masterpieces. The result: The Chora Church, which had previously undergone a metamorphosis into the Kariye Camii, was reborn as the Chora (or Kariye) Museum. I always enjoy seeing the stories depicted in pageantry throughout each of the walkways of the church. The frescoes tell the story of the raising of the dead. The lighting and shade, the power and movement in the figures, just add to the amazing explosive feeling of the grave bursting open and the Easter miracle occurring before our very eyes. However, these frescoes are just a warm-up for the main event in Chora. You should walk along one side of the church to a side chapel, the parekklession, or grave chapel. The parekklession ends with a wide-arched apse, and here is the famous fresco of the Anastasis. Take an afternoon to stroll into the area of Kariye, and visit the museum and its wonderful Easter theme today.