Joseph Receiving the Rod Which Marks Him as The Favorite Suitor 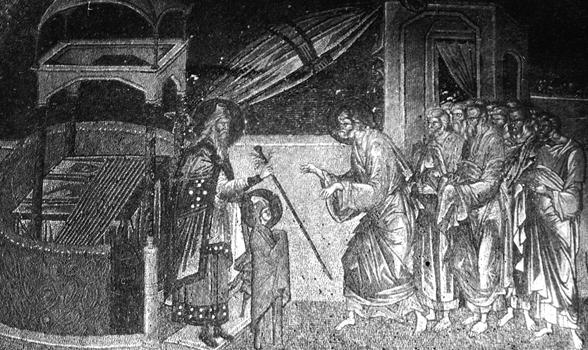 Constantinople;  Church of the Chora; Mosaic:  Joseph receiving the rod which marks him as the favorite suitor;
Brooklyn Museum Archives, Goodyear Archival Collection 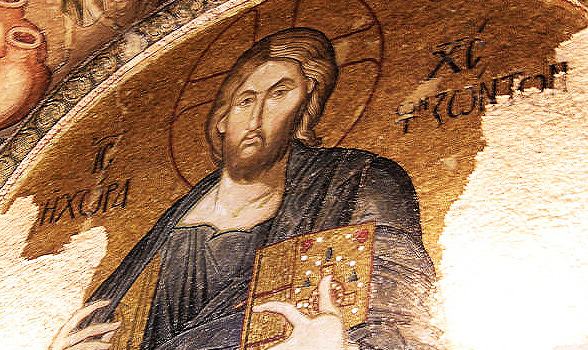 Chora Church, while was using as masque 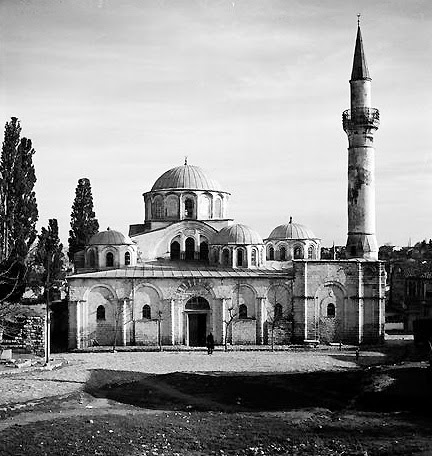 Black and white photo from the era Chora Church were using as masque, 19th century 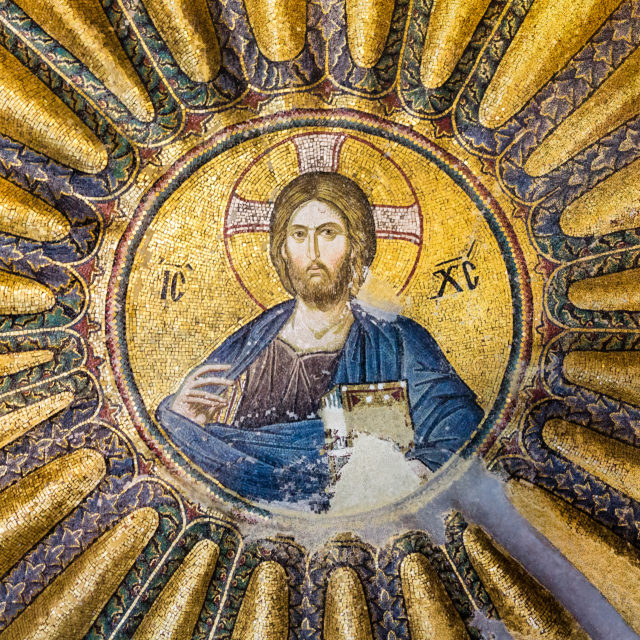 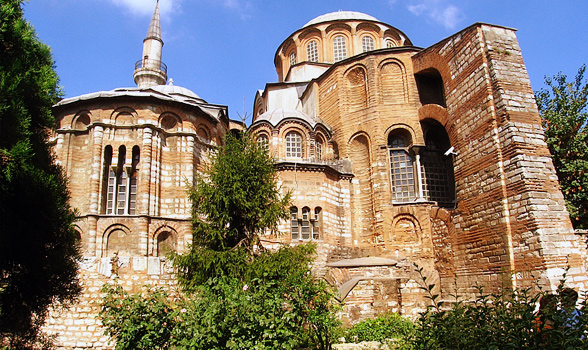 The Kariye Museum (Church of the Holy Savior in Chora, Chora Church) has the best Byzantine mosaics in the region. If you can spare two hours, you must see them.

As the Kariye / Chora Church is out-of-the-way, one of the best ways to visit is on a half-day Istanbul city tour that also visits the nearby city walls, Tekfur Sarayi, Yedikule, etc. More…

Originally built in the 4th century as the ‘Church of the Holy Savior Outside the Walls’ or ‘in the Country’ (chora), it was indeed outside the walls built by Constantine the Great.

The building you see was built in the late 11th century, with lots of repairs and restructuring in the following centuries. Virtually all of the interior decoration—the famous mosaics and the less renowned but equally striking mural paintings  (dates from about 1320).

The mosaics are breathtaking. The first ones are those of the dedication, to Jesus and Mary. Then come the offertory ones: Theodore Metochites, builder of the church, offering it to Jesus.

The two small domes of the inner narthex have portraits of all Jesus’s ancestors back to Adam. A series outlines Mary’s life, and another, Jesus’s early years. Yet another series concentrates on Jesus’s ministry.

In the nave are three mosaics: of Jesus, of Mary as Teacher, and of the Dormition of Mary (turn around to see this one-it’s over the main door you just entered).

South of the nave is the Parecclesion, a side chapel built to hold the tombs of the church’s founder and relatives. The frescos, appropriately, deal with the theme of death and resurrection.

The church was enclosed within the walls built by the Emperor Theodosius II in 413, less than 100 years after Constantine, so the church ‘outside the walls’ has in fact been ‘in the city’ for 1550 years.

For four centuries after the Ottoman conquest of Istanbul it served as a mosque (Kariye Camii), and is now a museum (Kariye Müzesi) because of its priceless mosaics.

To get to the Kariye Museum (closed Wednesday), if you don’t take an Istanbul city tour, a taxi is easiest but most expensive.

You can save money (but not time) by taking any bus that stops at Edirnekapi.

When you reach Edirnekapi, ask for directions by saying Kariye (KAH-ree-yeh) to anyone you see. The museum is only a five-minute walk east of the boulevard. Neighborhood people will happily point the way through the maze of tiny streets.

On the south side of the Kariye Müzesi is the Kariye Oteli, housed in a renovated Ottoman mansion. Asitane (AH-see-TAH-neh, an Ottoman sobriquet for Istanbul), the hotel’s garden restaurant, features fine Ottoman cuisine and excellent service in a refined atmosphere, at suitably lofty prices.

The building facing the Kariye Museum was once the Kariye Muhallebicisi or Pudding Shop, an old Istanbul institution.

From Kariye, head west to the city walls, then north again, and you’ll soon come to the Palace of Constantine Porphyrogenetus, the Tekfur Sarayi (tehk-FOOR sar-rah-yuh), closed in 2006 for restoration and still closed in early 2009.